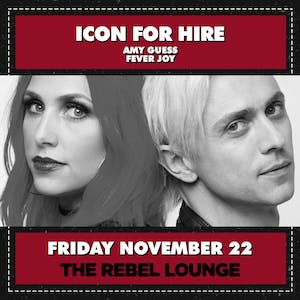 This event is all ages.

Despite their name, ICON FOR HIRE arenʼt indebted to anyone but their fans. Since forming in 2007, the duo—singer Ariel Bloomer and guitarist Shawn Jump—have amassed a legion of followers who have connected with not only the bandʼs genre-bending sound, but also their honesty. That soul-baring spirit and realism is at the heart of everything Icon For Hire do, and itʼs front and center on their latest Billboard-charting release, YOU CANʼT KILL US… Produced by Mike Green (Gwen Stefani, All Time Low) and funded by fans through Kickstarter on a campaign that raised $127,200—making it one of the yearʼs highest-raising music campaign —the self-released album marks a brand new chapter for the band. Blending hard rock, hip-hop, electronica and pop into an anthemic swirl of both melody and muscle, You Canʼt Kill Us isnʼt only a modern sounding record— itʼs awash in lyrical themes that tap into the times as well. Addiction, depression and self-worth are all topics Ariel addresses and these themes reverberate loudly in todayʼs tumultuous, judgment-first culture. After all, having survived the record label system and reemerged stronger than ever, Icon For Hire are living proof that you can take control of your life—and thatʼs perhaps the greatest success anyone can hope to accomplish. 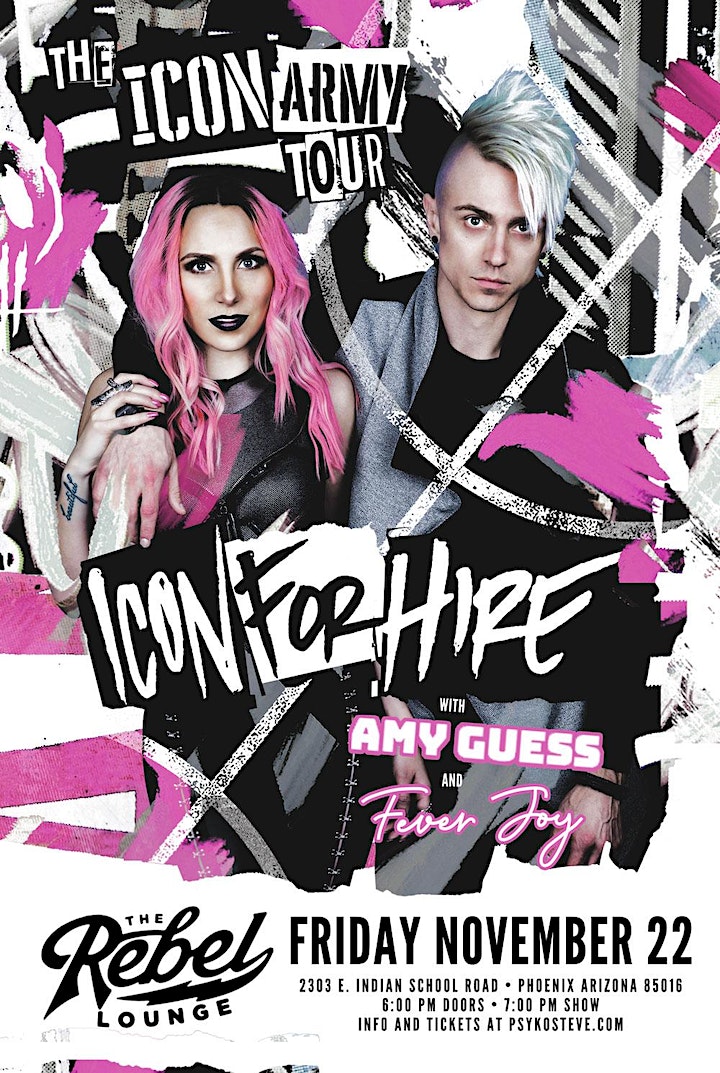