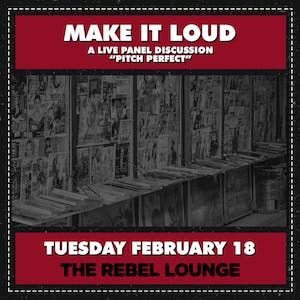 MAKE IT LOUD is a live panel discussion series on how to make it as a new artist in today’s music industry. Hosted by Stephen Chilton and Jeff Taylor of Psyko Steve Presents, MAKE IT LOUD is a series of talks with a curated lineup of special guests. The guests include industry figures in Arizona’s music business, as well as established musicians on a wide range of topics aimed at helping new artists learn how to navigate an ever changing music industry.

The next talk in the MAKE IT LOUD series, titled "Pitch Perfect," will be a conversation about pitching your music to the press, and how to curate and refine a pitch so that it will land in the right place, in an effective way.

Ed Masley has been a professional music critic for 30 years. He has covered music in the Valley since 2006, briefly writing for Phoenix New Times before taking a job in 2007 at the Arizona Republic and its website, azcentral, where he writes a monthly local music column and occasional more in-depth features on the local scene. He also covers touring acts for azcentral and has written for Alternative Press, Blurt, and other music magazines.

Jason Keil is the culture editor for Phoenix New Times and has been a writer in the Valley for six years. He loves local music, co-hosts a podcast about NBC’s The Good Place, and knows too much about James Bond movies.

This event is all ages 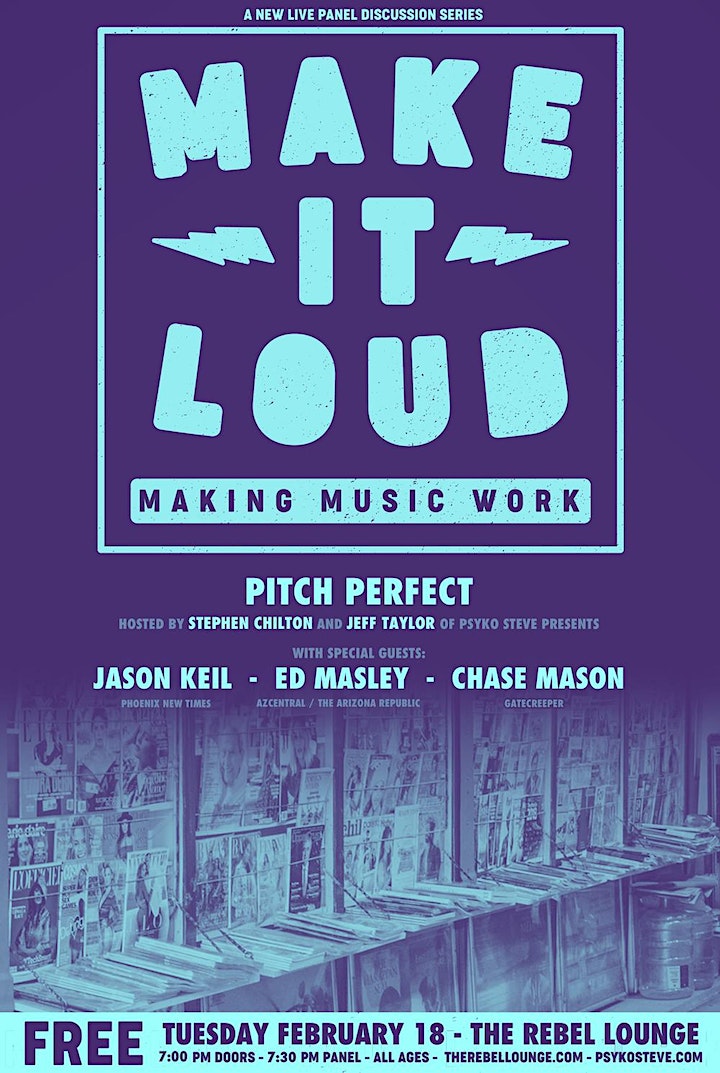